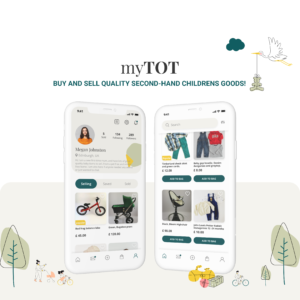 GUEST BLOG myTOT is an online marketplace where …

In a world full of coffee shops, there are occasions when only tea, and more specifically afternoon tea, will satisfy.

We were therefore delighted to be invited to One Square to review their new seasonal afternoon tea*, a chocolate theme, in partnership with Cacao Barry**. 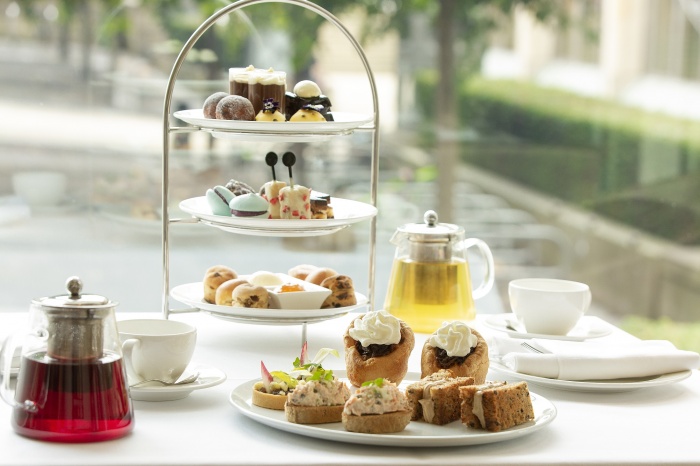 The wall of windows overlooking Festival Square, with stunning views across to the Usher Hall and up to Edinburgh Castle, on a sunny day, were the perfect backdrop.  David, our waiter, who was both welcoming and knowledgeable, talked us through the afternoon ahead before guiding us through the various teas on offer, samples of which were also encased in a leather caddy on the table.  After careful selection, the tea was then prepared in front of us on the brasserie’s Tea Trolley using the decadent Samovar.  We then had a chance to relax whilst our tea brewed to perfection and our afternoon tea was prepared.

Following an amuse bouche of confit of duck, our savoury platters arrived.  These held an array of beautifully flavoured offerings from a delicate brioche and chicken liver parfait duo to a divine hot smoked salmon with dill and apple.  Stilton and pineapple tart and a Yorkshire pudding with thinly sliced Scottish sirloin and a horseradish foam on a bed of confit onions sat alongside these, each having incorporated Cacao Barry in some way in their preparation.

After a short, and much-welcomed break, sipping on our Twinings redbush caramel tea, our three-tiered sweet platter arrived.  The mouthwatering selection started with a a trio of the lightest of scones, blackcurrant, chocolate chip and plain, served with clotted cream and apricot jam infused with vanilla.  This was followed, on the next tier, by white chocolate and strawberry yoghurt lollipops, a banana and praline delice (a personal favourite), Sachertorte, and a fluffy chocolate doughnut with a sour cherry filling.  By this stage our tastebuds has been taken on a journey in every glorious direction possible, but we were struggling to see where the last tier would physically go! Passionfruit cheesecake, a rhubarb and vanilla macaron, a choux bun with a blueberry filling a small glass of chilled chocolate soup topped a cream foam and crackle crystals remained.  Opting for the soup we were not disappointed.

We then had to concede defeat, beaten by the copious amount of delectable dishes we had sampled.  David then returned with the remainder of the last tier boxed up so we would be able to finish our afternoon tea with coffee later on.

We would highly recommend the latest themed afternoon tea at One Square. You don’t need to be a chocoholic to enjoy the experience, just someone who appreciates the fine art of afternoon tea!

Thank you to Alice and David, for looking after us so well, and the team behind the scenes for accommodating our allergy needs in such a seemingly effortless manner.

We look forward to returning to One Square in the very near future!

*Afternoon tea is served daily at One Square from 2.30pm until 5.30pm. The afternoon tea menu changes every season and the current theme will run until mid-November. To view the full menu and book, head to the One Square website: https://www.onesquareedinburgh.co.uk/en/chocolate-tea.

**French company Cacao Barry started out as tea and coffee merchants in the 19th century, before travelling to Africa to source cocoa beans and transform them into refined and delicate chocolate products. The company has a worldwide reputation as a leader of the chocolate industry and for the last decade, Cacao Barry has organised the World Chocolate Masters competition, helping chefs build their reputation on the global stage.