If you like a corporate venue with a twist, you’re going to love some of the places we’ve reviewed in and around Edinburgh recently. 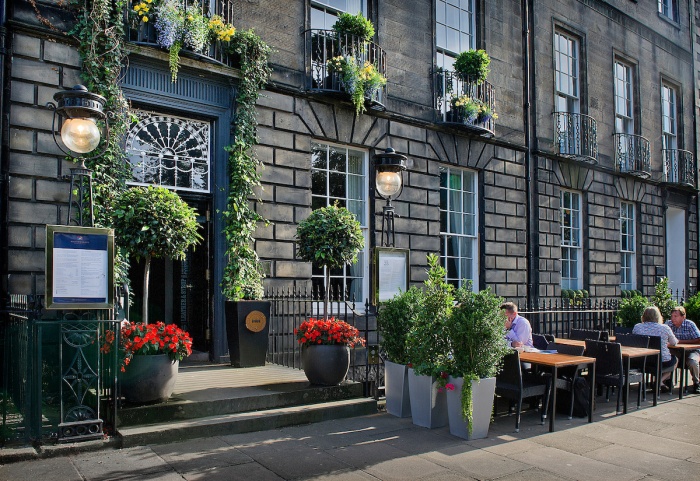 The Royal Botanic Gardens of Edinburgh 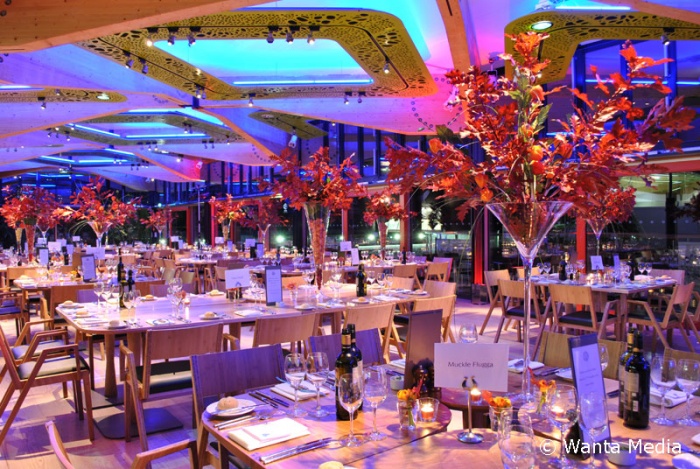 SET IN MORE THAN 70 ACRES OF STUNNING PARKLANDS AND GARDENS, THE RANGE OF VENUES AND FACILITIES WITHIN THE ROYAL BOTANIC GARDENS OF EDINBURGH ALLOWS FOR A WONDERFULLY WIDE ARRAY OF FUNCTIONS.

Further details at: The Royal Botanic Gardens of Edinburgh 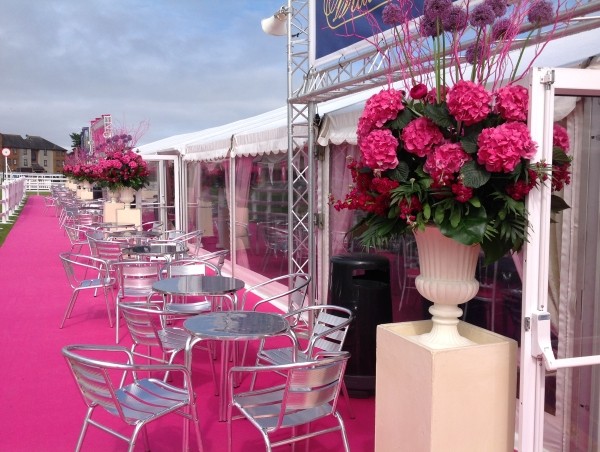 The floor to ceiling glass walls of the rooms at Musselburgh Race Course, just six miles from Edinburgh, are obviously designed to give fabulous views across the track on race day, but even on the drabbest days they create a wonderfully light and airy atmosphere when the venue is used for meetings and celebrations. 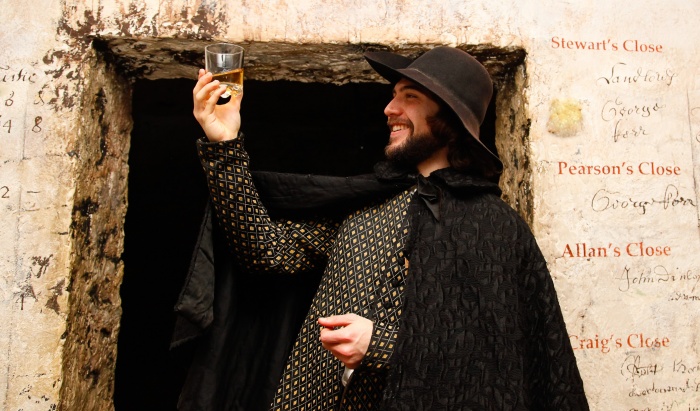 SHROUDED IN MYTH AND HIDDEN BENEATH THE HISTORIC OLD TOWN, THE REAL MARY KING’S CLOSE IS AN INTRICATE WARREN OF ROOMS AND CLOSES WHICH COME TOGETHER TO CREATE A FASCINATING BACK-DROP AS A UNIQUE EVENT VENUE. 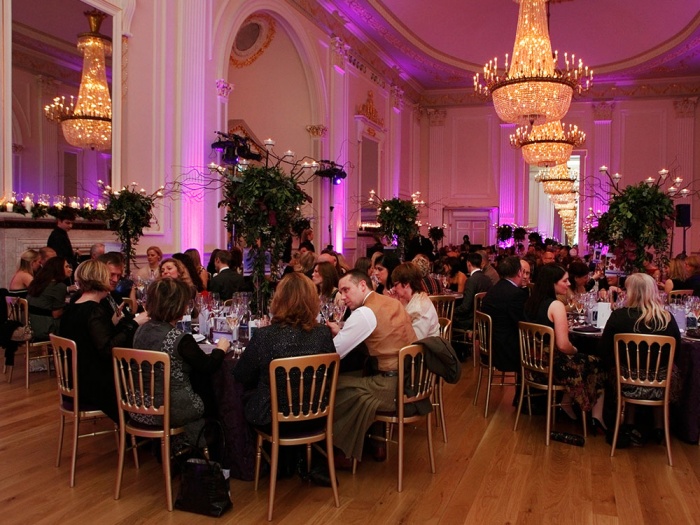 THERE’S DEFINITELY A FINE ART TO MODERNISING A BEAUTIFUL BUILDING, WHILST RETAINING ITS CHARACTER AND CHARM AND IT’S SOMETHING THE ASSEMBLY ROOMS ON EDINBURGH’S GEORGE STREET HAVE PULLED OFF WITH AMAZING STYLE.

Further details at: The Assembly Rooms 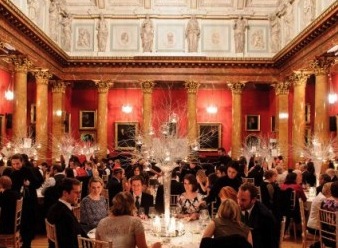 With parts of the College designed by Robert Adam and dating back to the 1770s combining with a modern conference centre for up to 300, The Royal College of Physicians of Edinburgh in the heart of the new town truly has the best of both worlds. 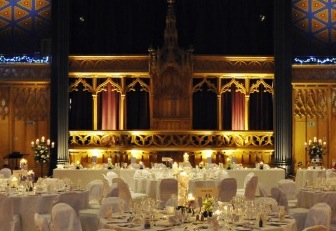 COMMANDING A VIEW DOWN EDINBURGH’S ROYAL MILE, THIS VICTORIAN TREASURE COMBINES DRAMA AND CHARM WITH STATE OF THE ART AV FACILITIES TO CREATE A HIGHLY VERSATILE MEETING VENUE.

Further details at: The Hub 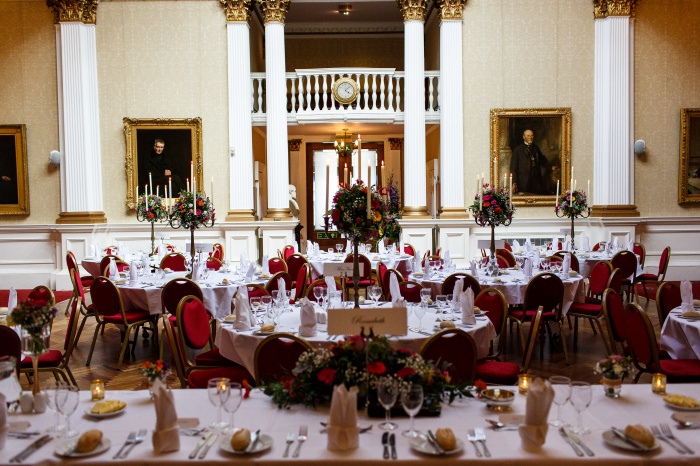 IT’S LITTLE SURPRISE THAT HAVING BEEN BUILT IN 1870 THE MERCHANTS’ HALL IS STEEPED IN HISTORY, BUT WHAT IS SURPRISING IS THE CLEVERLY INCORPORATED MODERN AMENITIES IN THIS WONDERFUL BUILDING THAT MORE RECENTLY DESIGNED VENUES WOULD BE PROUD OF.

Further details at: The Merchant’s Hall 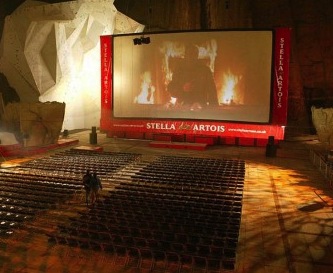 THE EDINBURGH INTERNATIONAL CLIMBING ARENA (EICA) IS ONE OF THE MOST UNUSUAL VENUES I’VE VISITED AND, WITH CAPACITY TO HOLD UP TO 1,200 THEATRE STYLE AS WELL AS HAVING A RANGE OF SMALLER ROOMS, IT’S ONE OF THE MOST IMPRESSIVE.

AT THE HEART OF EDINBURGH CITY CENTRE THE ICONIC EDINBURGH CASTLE DOMINATES THE SKYLINE, MAKING IT THE PERFECT VENUE FOR A CORPORATE EVENT TO IMPRESS. 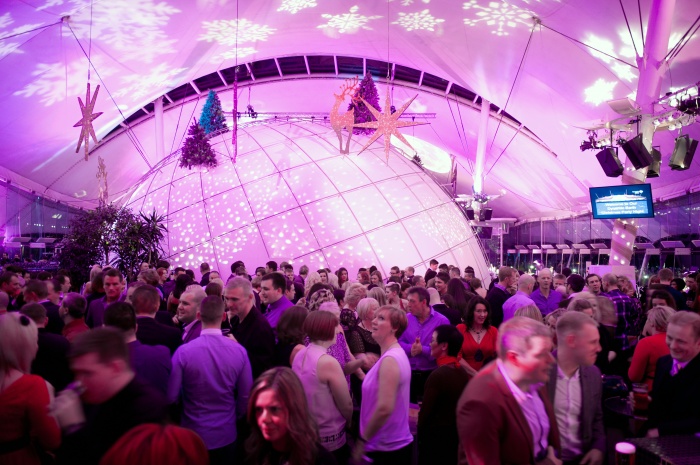 IT MAY BE CALLED DYNAMIC EARTH BECAUSE IT TELLS THE STORY OF OUR CHANGING PLANET, BUT IT’S ALSO DYNAMIC AS FAR AS A CORPORATE VENUE IS CONCERNED. 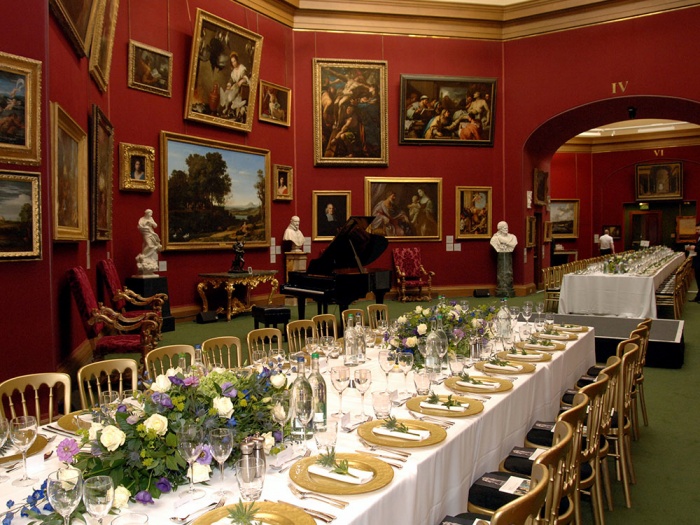 There can be very few venues in the world where works by Picaso, Van Gogh, Monet or Warhol adorn the walls for a corporate events or wedding reception, but the National Galleries of Scotland is one such place and the beauty of the venues doesn’t stop there. 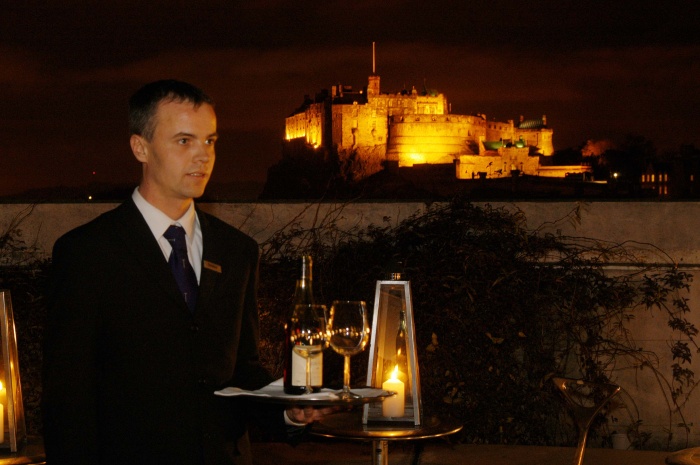 We all know that it’s difficult to visualise something from words alone and photographs help, but if you’re looking to host an event for anywhere between 10 and 1,500 guests, I urge you to visit the National Museum of Scotland on Chambers Street. 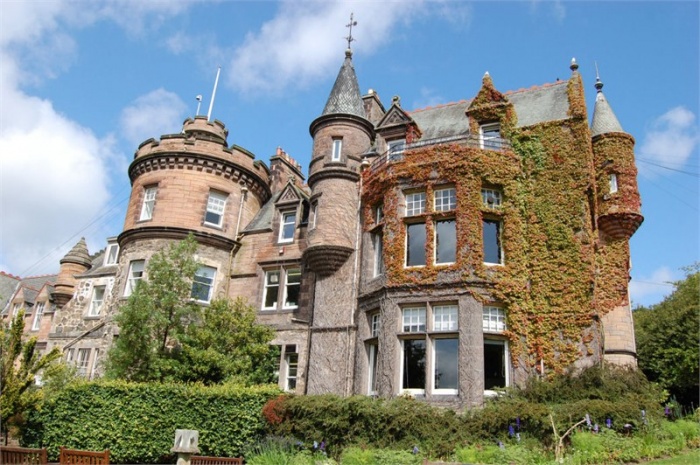 Unusual corporate and wedding venues don’t get much more unusual than Edinburgh Zoo, although I’m not sure the chimps were as overwhelmed with seeing me as I was with seeing their Budongo home as a reception venue. 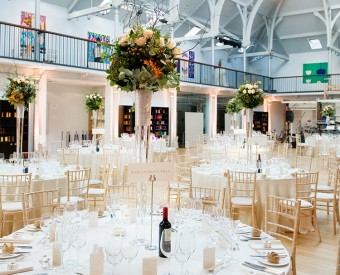 I hadn’t realised how functional Dovecot Studios are from looking at their website and was therefore very pleasantly surprised by my visit to these modernised Victorian baths. 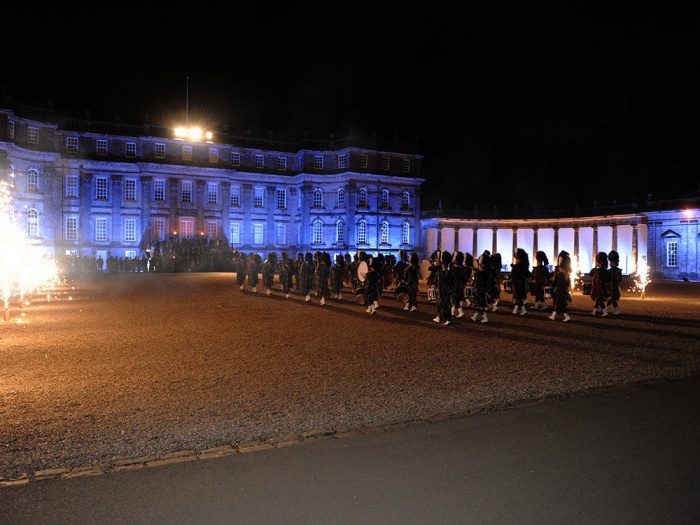 Like many country estates, Hopetoun House has played host to corporate events for a number of years and with the main house alone being able to hold receptions from 100 – 400 people and dinners for 20 – 300 people its success should come as no surprise. 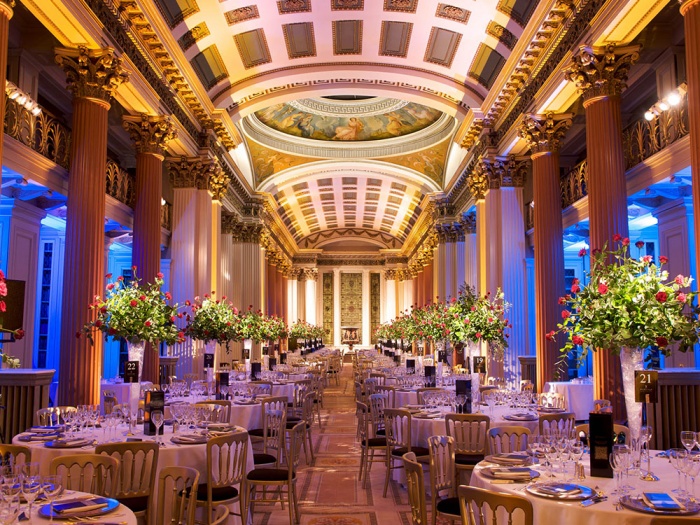 ONLY A STONE’S THROW FROM THE ROYAL MILE, BUT WITH THE SENSE OF BEING A MILLION MILES FROM THE HUSTLE AND BUSTLE OF TOURISTS, TRINKETS AND BAGPIPES, LIES WHAT I CAN ONLY DESCRIBE AS AN OASIS OF CALM – THE SIGNET LIBRARY.

Further details at: The Signet Library 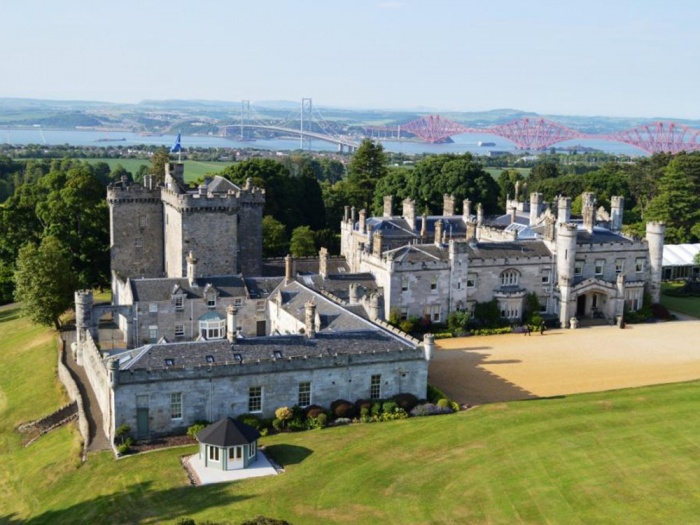 Set in its own impressive parklands with horses galloping in the distance, there’s a real feeling of Downton Abbey about Dundas Castle and I for one would love to be Lady Mary for the day. 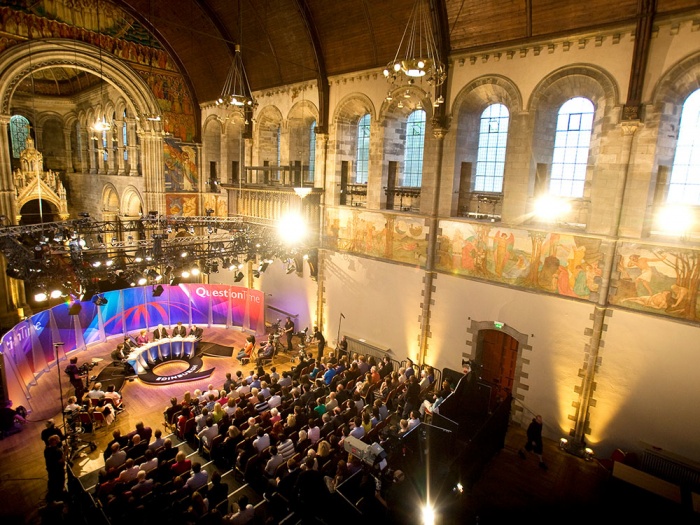 We all know that Mansfield Traquair is a bride’s dream for a wedding venue, but it can also make a stunning corporate venue as well. 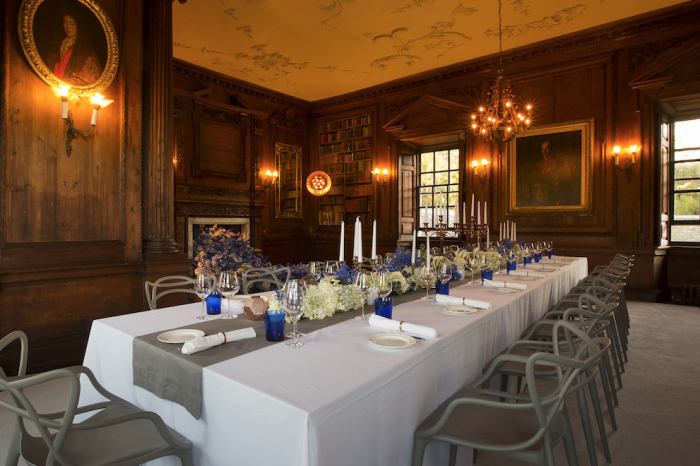 We were invited to visit Gilmerton House, a luxury country house near Edinburgh  set in its own grounds, on a rather chilly day and were very grateful to be greeted by a roaring fire and freshly brewed coffee. 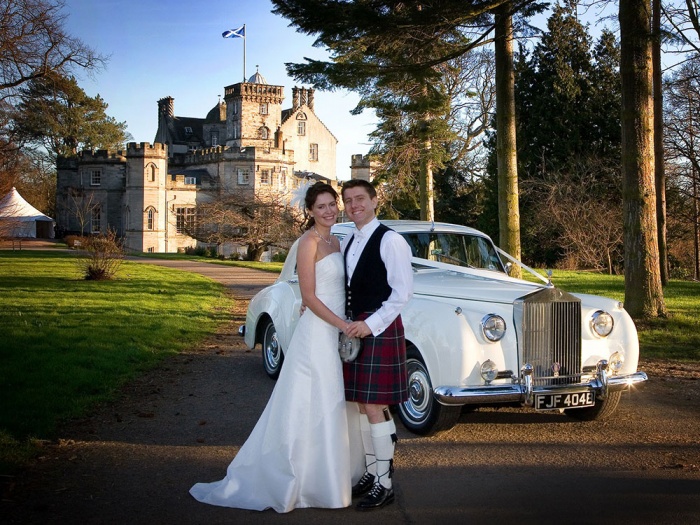 If you like a venue steeped in history, Winton House, considered a masterpiece of Scottish Renaissance architecture, is an absolute must see. 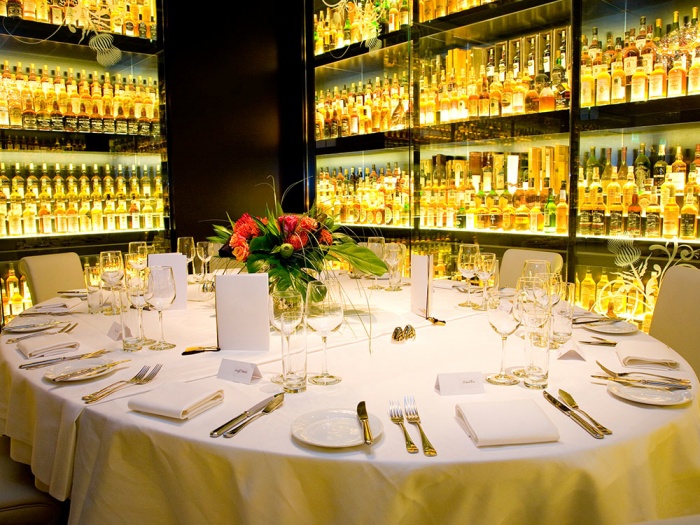 When you think about The Scotch Whisky Experience you tend to think of a five star tourist attraction, and of course you’d be right, but if you’re looking for an unusual venue in Edinburgh it also boasts a impressive private events suite at the top of the building.

In association with Unique Venues of Edinburgh